Disclaimer:
I don't take any responsibility if the content of this page might lead to your charger blowing up, it shouldn't, buy hey you never know. Anyways this is just a description of how I did it, and it worked for me. 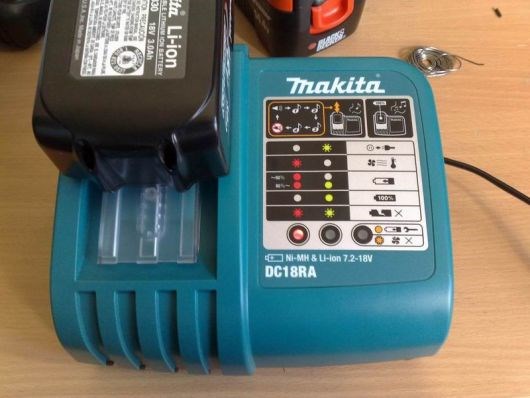 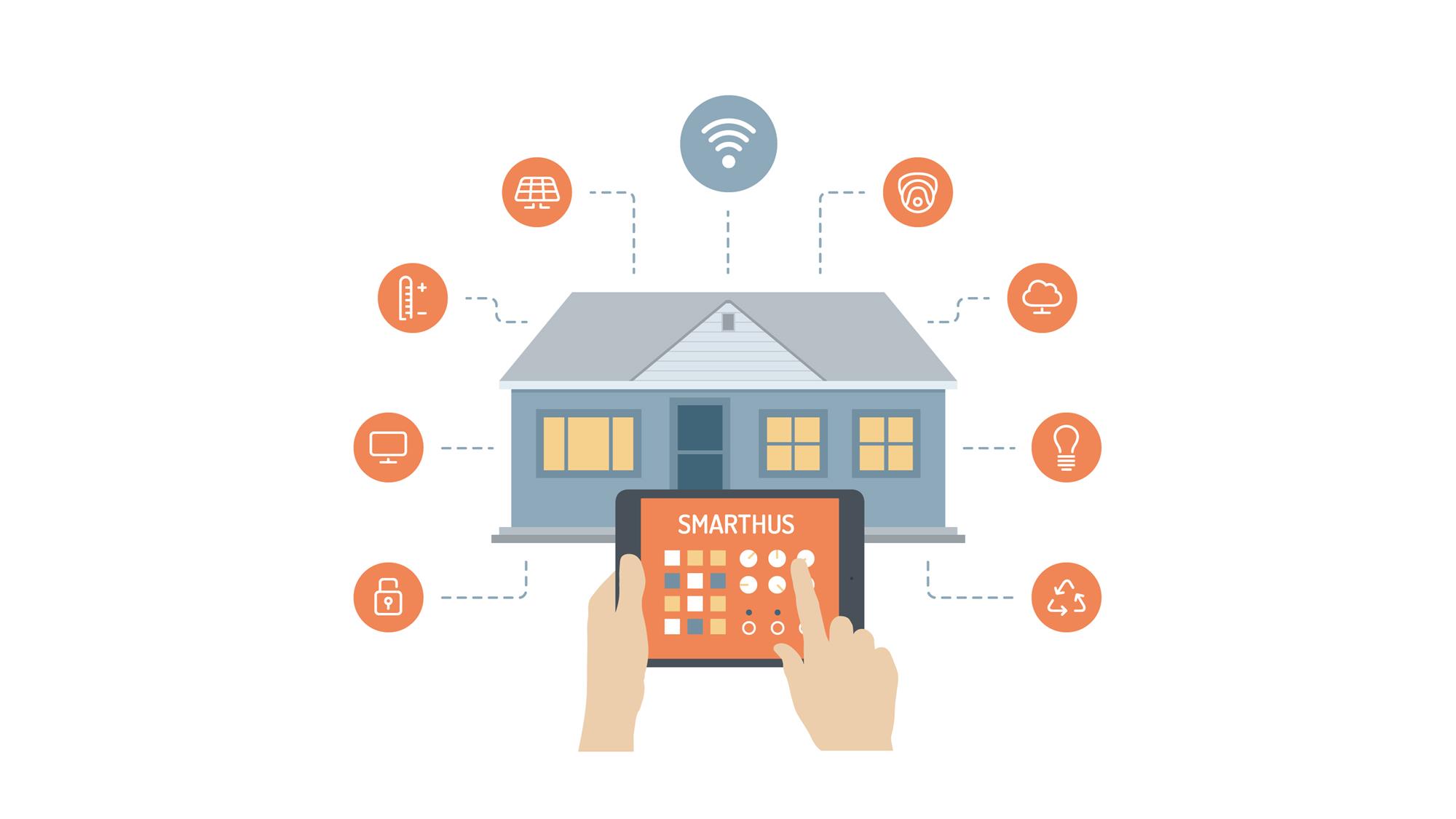 
I bought the Makita set 18V LXT601 from Maxtool which included the named charger. The problem is that due to some safety regulations in the US the chargers comes without a swicht for 220v. So some moding is required to make the charger work for 220v.

So no! Under no circunstancies plug the unmodified charger  on a 220v current outlet, otherwise you will blow up the condensator/capasitator inside, and it will problaby take with it some other components.

So for the charger to work on 220v you have to remove two components, which are a condensator and a varistor.


The first step is to remove the screws on the back, easy enough. 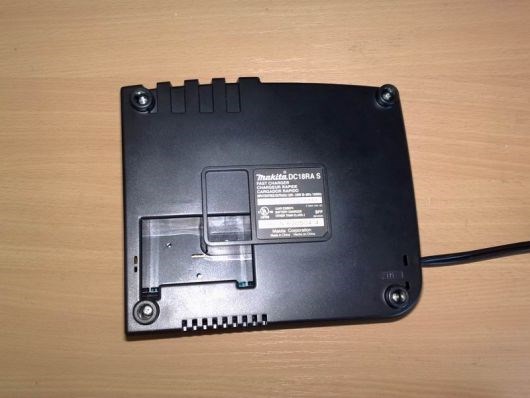 
So as said, the two components you need to change are a varistor and a condensator, as they are place on the board as you see in the picture, it should be easy enough. The varistor could be tricky but in this case is easy as it is the one with the plastic capsule on it.

A varistor is also known as Voltage Dependent Resistor or VDR and are often used to protect circuits against excessive transient voltages by incorporating them into the circuit in such a way that, when triggered, they will shunt the current created by the high voltage away from the sensitive components.

So the varistor (and not varisator, that's a typo) that has to be changed is the 140-150 volts which is way to low for us. What we need is to change it for one that can take 250 volts.

The condensator is the big one you see in the picture, this also has to be removed for one that can take more than 350v, the value about 180-400uF, but you don't have to be so exact about it apparently. 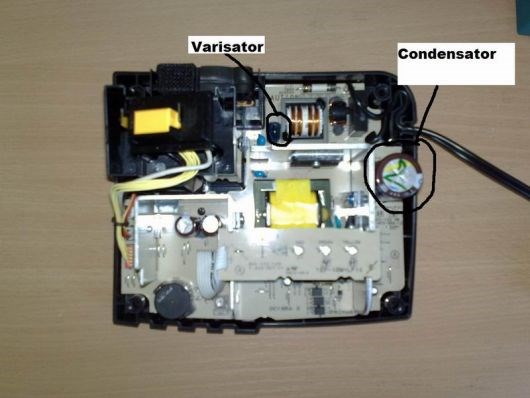 
I got my condensator and varistor from an old power supply, as you can see in the picture, I removed the old condensator, the new condensator takes 450v and value of 140uF but it worked ok for me. 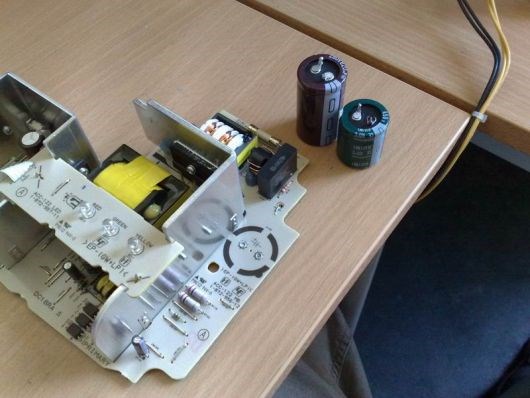 Soldering the new components into place. 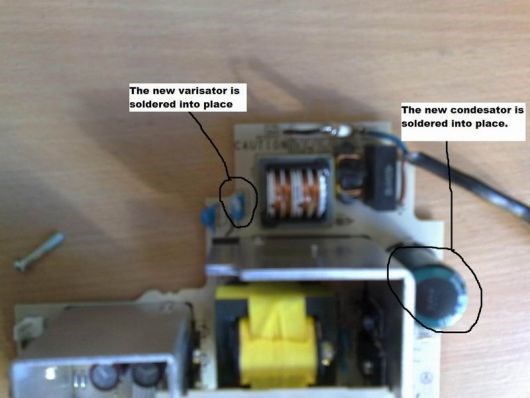 
So  while you are it, why not also remove the old 110v contact and use the European standard contact for 220v. 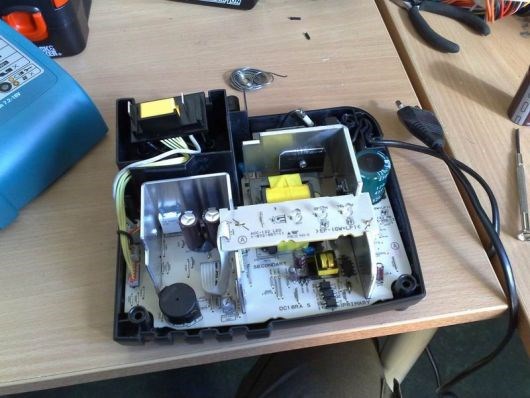 The final test, the charging.


So as you can see the charger works like a charm, so happy charging.


I will finally like to thank mxlars from the ByggeBolig.no forum in which this "how to" is based on. 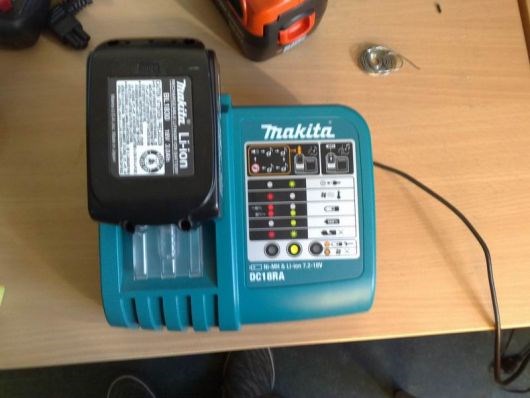